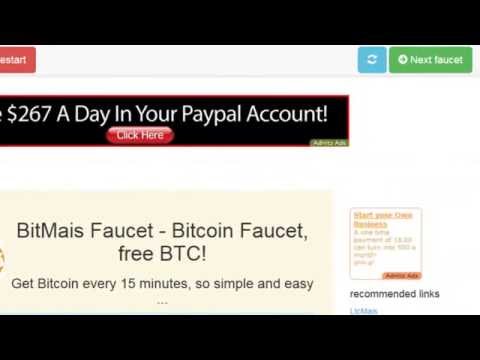 Hello cryptocurrency lovers! Welcome to Coin-a-Year, the laziest series yet in the Coin-a-Day publishing empire. This year's coin is Nyancoin (NYAN). I originally covered Nyancoin in an article here in /cryptocurrency published January 4th, 2015.
Without (much) further ado, I'm going to include the original report next, unmodified. This is unlike my Coin-a-Week series, where I use strikeout and update in-text. Because this is going to be a longer update, I'll just make all further comments and updates below, just realize that all information below is as of January 4th, 2015 and thus is more than a year out of date as of posting now, at the end of February 2016.
Since I use horizontal rules as internal dividers in the original post, I'll use a double horizontal rule to divide the original text from this prelude and the following update.
 Coin-a-Day Jan 4th
 Welcome to the fourth installment of Coin-a-Day! To see convenient links to the introduction and the previous entries, please see /coinaday. Today's coin is Nyancoin (NYAN).
 Summary
 • ~173.6 million available currently [1]; 337 million limit [2]
 • All-time high: ~0.000024 BTC on February 16, 2014 [1]
 • Current price: ~3 satoshi [1]
 • Current market cap: ~$1,275 [1]
 • Block rate (average): 1 minute [1] [3]
 • Transaction rate: ~25? / last 24 hours; estimated $3-4 [4]
 • Transaction limit: 70 / second [5]
 • Transaction cost: 0 for most transactions [6]
 • Rich list: ??? [7]
 • Exchanges: Cryptsy [8]
 • Processing method: Mining [10]
 • Distribution method: proof-of-work block rewards and 1% premine for "bounties, giveaways & dev support" [2] [10]
 • Community: Comatose [9]
 • Code/development: https://github.com/nyancoin-release/nyancoin ; there hasn't been a released code change in 10 months. The new developer has talked about some changes, but has not made a new release. He has given advice about how to keep the network running and operate the client. [10]
 • Innovation or special feature: First officially licensed cryptocurrency (from Nyancat) [2]; "zombie"-coin [11]
 Description / Community:
 So you're probably wondering why in the world we're talking about a coin which has been declared dead and already written off. I actually first selected this coin to illustrate a "deadcoin", but the more I dug into it, the more I was amazed at the shambles I discovered. I am combining the description and community sections for this coin, because the community (or lack thereof) is the central issue for Nyancoin.
Substantially all, if not literally all, of the original infrastructure is gone. From the announcement post, the original website has expired. The nyan.cat site itself survives, but has no reference to the coin. The github repo remains, but then there was never much changed from the bitcoin/litecoin original. In fact, the COPYING file doesn't even list "Nyancoin Developers". None of the original nodes seem to be running anymore. @Nyan_Coin hasn't tweeted since July 6th. And that was just to announce posting an admittedly cute picture to facebook which makes a claim for a future which seems never to have developed. Of the original 15 pools, I think all are dead except p2pool, for which at least one node still supports NYAN. The original blockchain explorer, nyancha.in, is still running. The faucet is dead or broken. The original exchanges no longer list it (two of the three having died; SwissCEX having ended its trading as of the first of this year). And so forth.
And yet:

I'm not dead! I'm getting better!

No you're not, you'll be stone dead in a moment.


I am not providing financial advice and I do not make any recommendations of any sort on any matters. Make your own decisions; do your own research. Please, I do not want to hear about anyone doing anything "on my advice." I am not offering advice.


And I'll reiterate that I own about 30% [g] of the current supply of NYAN, which makes me by definition maximally biased.
Also, I'm not sure what's up with the address from the first post. It doesn't show up in my current wallet as a recognized address. So, anyhow, don't send there. :-) If you'd like to donate, please consider sponsoring a coin-a-day or coin-a-week article.
This is the first sponsored article. This Coin-a-Year article has been brought to you by spydud22 's generous patronage. I'd been meaning to do a Coin-a-Week article on Nyancoin for a while, but between wanting to "wait until the price recovered a bit" and general procrastination, then it seemed like it would make a good Coin-a-Year article, and then I wanted to wait until the price recovered a bit more...anyhow, so thank you spydud22, for causing me to finally do this. :-)
 Footnotes
 Note that there are often times where the UTXO created during one transaction during the day is spent during a later transaction in the day. This can be considered the "same" Nyancoin being "spent" twice in the same day in our total. But in practice, I believe what's happening here is the faucet is breaking off small (10-50 NYAN) pieces from a larger (~40,000 NYAN) chunk, and so that pops up a bunch of times. So the total NYAN blockchain volume as counted for this topline number should not be interpreted as "NYAN spent in the day" but "NYAN moved on the chain", where the "same coin" can move many times. So it's a very easily gamed metric and not a strong / resistant metric like the market price tends to be (at least relatively speaking), but it's a fun number to calculate and provides a little bit of information.
The transaction count can also be easily inflated and certainly, for instance, having the faucet does generate transactions which are a very common transaction.
And this is also just an arbitrary 24 hour period compared to a previous arbitrary 24 hour period. Nonetheless, I do think there's clearly a bit more activity on the Nyanchain, even though the typical block is still empty and the number of transactions and volume is still tiny compared to the major cryptocurrencies.
Here's an arbitrary example of the faucet transactions Note the zero transaction fee, which I love that the miners support (the defaults are all quite low as well).
Here's an example of what may be the smallest transaction by NYAN volume of the day; but no, I followed its small, spent output, and it led to this gem which also links to this. I have no idea what's going on here, but it's hilarious and I love it. How's that for microtransaction support? :-)
 Even though our posting rate is still around 1 post a day or so on average, and so still a relatively quiet subreddit (and it is our main (only?) hub), it's still a very noticeable and significant difference from how /nyancoins looked when I was reviewing it for the original piece here. Here's an attempt to approximate what was there using Reddit search ; archive.org has a snapshot on January 19th, 2015, which is well into the early revival mania and one from August 14th, 2014, before four and a half months of little to no activity. Apparently archive.org unsubscribed to /nyancoins in that interval itself...

Here is an altcoin faucet list that has all the working altcoin faucets for you. Bitcoin faucets allow you to get free Bitcoin that you can try out, play around with, and familiarize yourself with Bitcoin and the crypto-currency world. Faucets aren’t going to make you rich, unless you hold on your dust and a Bitcoin becomes a million dollars worth. That being said, I like faucets for total ... 2015 saw expanded interest in bitcoin, but the year saw the price tank. January 14th saw the price drop to $178, although it rebounded up to the low $200’s. Around the time of the Grexit discussions, and Greek membership of the referrendum, there was a lot of chatter about bitcoin being the saviour of Greece by summer which. However, this seemed to have little impact on it. However, a ... Digital money that’s instant, private, and free from bank fees. Download our official wallet app and start using Bitcoin today. Read news, start mining, and buy BTC or BCH. MoonBitcoin has been in the crypto space since 2015. The bitcoin faucets title line is “Moon Bitcoin is a bitcoin faucet with a difference…YOU decide how often to claim!” Claim Amount: Average 2 satoshis. Claim Time: Every 5 Minutes. Referral Commission: 50% of your referral earning. The Bitcoin faucet allows users to claim every 5 minutes. The average claim every 5 minutes is 2 satoshis ... Bitcoin Faucet integrated with banlist and VPN/Proxy Shield. It uses the service of Google reCaptcha (v2; box) and IPHub. Any claims will be saved in the account balance and can be withdrawn to ExpressCrypto, FaucetPay or directly using Block.io - Salmen2/Simple-Faucet-Script

http://coinsurf.tk CoinSurf Multi Coin Faucet Rotator Updated Every Day Without Ads Totally Free! ----- free bitcoins 2015 bitcoin faucet list bitcoin updated faucet ... How to Make Money with Bitcoin Faucets (in less than 30 minutes) by 99Bitcoins. 29:49. Just released: Bitcoin Faucet Wordpress Plugin by 99Bitcoins by 99Bitcoins. 20:08. ... LINK: https://bit.ly/3hfHqjv Faucet List: https://updatedfaucetlist.blogspot.com/ What is a Bitcoin and how does it work? Bitcoin is a payment system introdu... Last updated on Feb 27, 2015; Play all Share. Loading... Save. Sign in to YouTube. Sign in (Updated Dec. 2017) FreeBitco.in - How to Get Free Bitcoin Faucet and Gambling Site - Tutorial by ... This video is unavailable. Watch Queue Queue. Watch Queue Queue